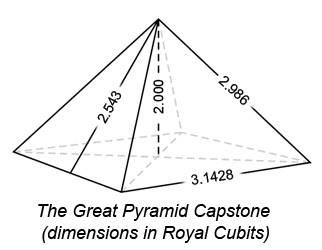 Pyramid Day 1 – “Blue” I created this 7 foot pyramid following exact proportions for the classic Egyptian pyramids. I delineated a perfect square on the ground, marked it with string, found the center and erected and leveled a pole. To this pole I attached 4 strings that were in turn attached to the four base square corners. Then I proceeded to fill the “inside” with snow that was perfect for the task: It was extremely sticky. Once “full”, I carved the sides with a long 1 by 2 piece of wood using the corner strings as guides. This is the “first day” of the so-called Viral Art Challenge. This is a form of chain letter for artists going around Facebook. I’ve seen it for other disciplines as well such as fiber arts, etc. Anyway, I took the challenge from Katie Richardson. I thought I had to create art specifically for the challenge, it turns out most people use it as a showcase for past art as well as current. Anyway, better this way… it got me out into the snow to create with it. My studio is somewhat “clogged” at the moment (literally, not metaphorically) so this is a good thing. 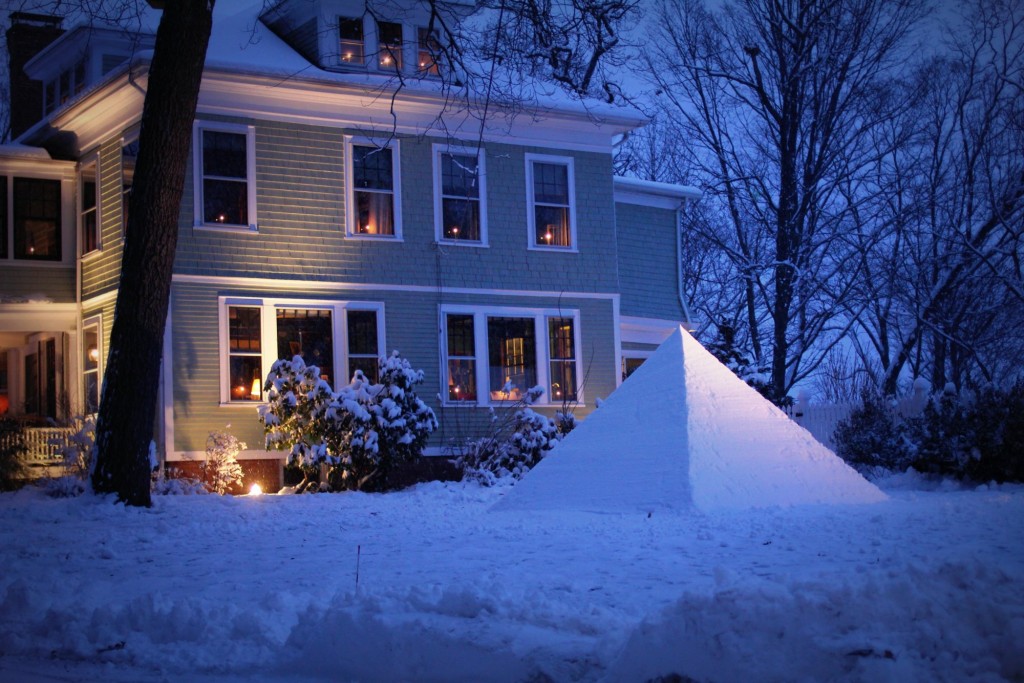 Pyramid Day 2 – “Unseen” For Day 2 of the Viral Art Challenge, I projected video onto the somewhat atrophied pyramid as well as the house itself. It had begun to snow so I had the projector in my car in the driveway just off screen right with the door open. The projector is an Epson Home Cinema 6100. The visuals are from The Anthology Film Archives great “Unseen Cinema” (Early American Avant-Garde Film 1894-1947) collection. The clip is “The Life and Death of 9413, a Hollywood Extra” (1928), directed by Robert Florey and Slavko Vorkapich. It is found on DISC TWO: The Devil’s Playground: American Surrealism. Audio samples are from the folowing: “Frog Legs Rag (1906, piano roll)” by James Scott, “Into Infinity ear loop” by Julia Holter, and “Lips” by Plurabelle

Pyramid Day 3 – “Church” was an attempt at documenting the further shrinking snow pyramid. A fresh coat of snow gave it a soft, somewhat rounded appearance which made me want to document it in this state. I remember back in art school when I made lots of nighttime photography with long exposures. I was inspired by the cover of the Synergy album “Games” which depicts a very cool time exposure. So I did the same with the pyramid. That same night I received a message on my phone in error. It was so simple, mysterious, and sweet that I recorded it and realized I had a soundtrack for “Church”.

Pyramid Day 4 – “Ring Cycle” Multiples vs. Mullables. Either way, it’s Winter fun. I bought the down jacket last year for a trip with my brother to climb Mt. Whitney. It was an end of season purchase so the colors were limited to “Gatorade Yellow” and “Wagnerian Gray”. I kind of like it and it works particularly well here. Besides, yellow and snow always go well together.

Pyramid Day 5 – “Cube” A pyramid is but a sharpened cube 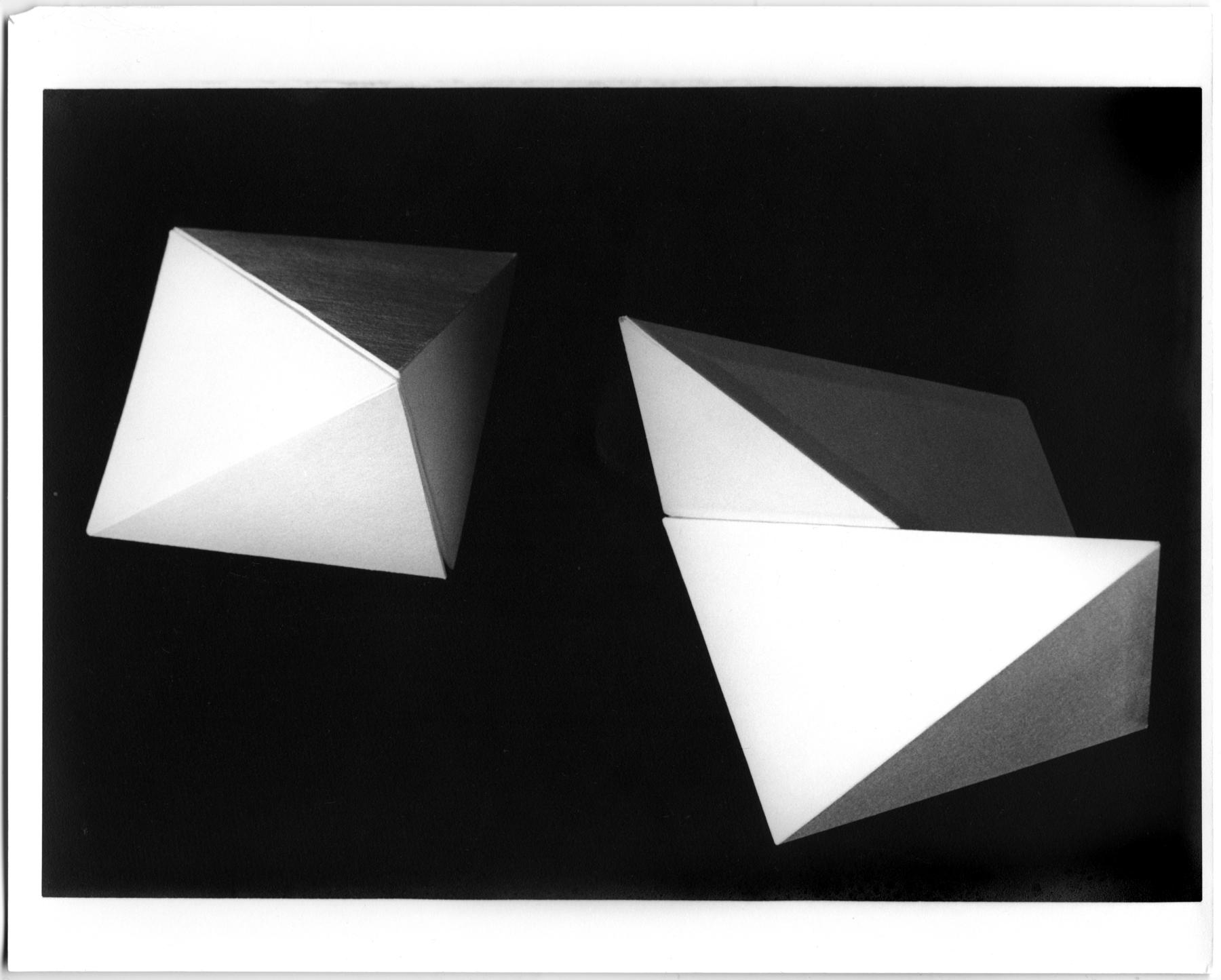 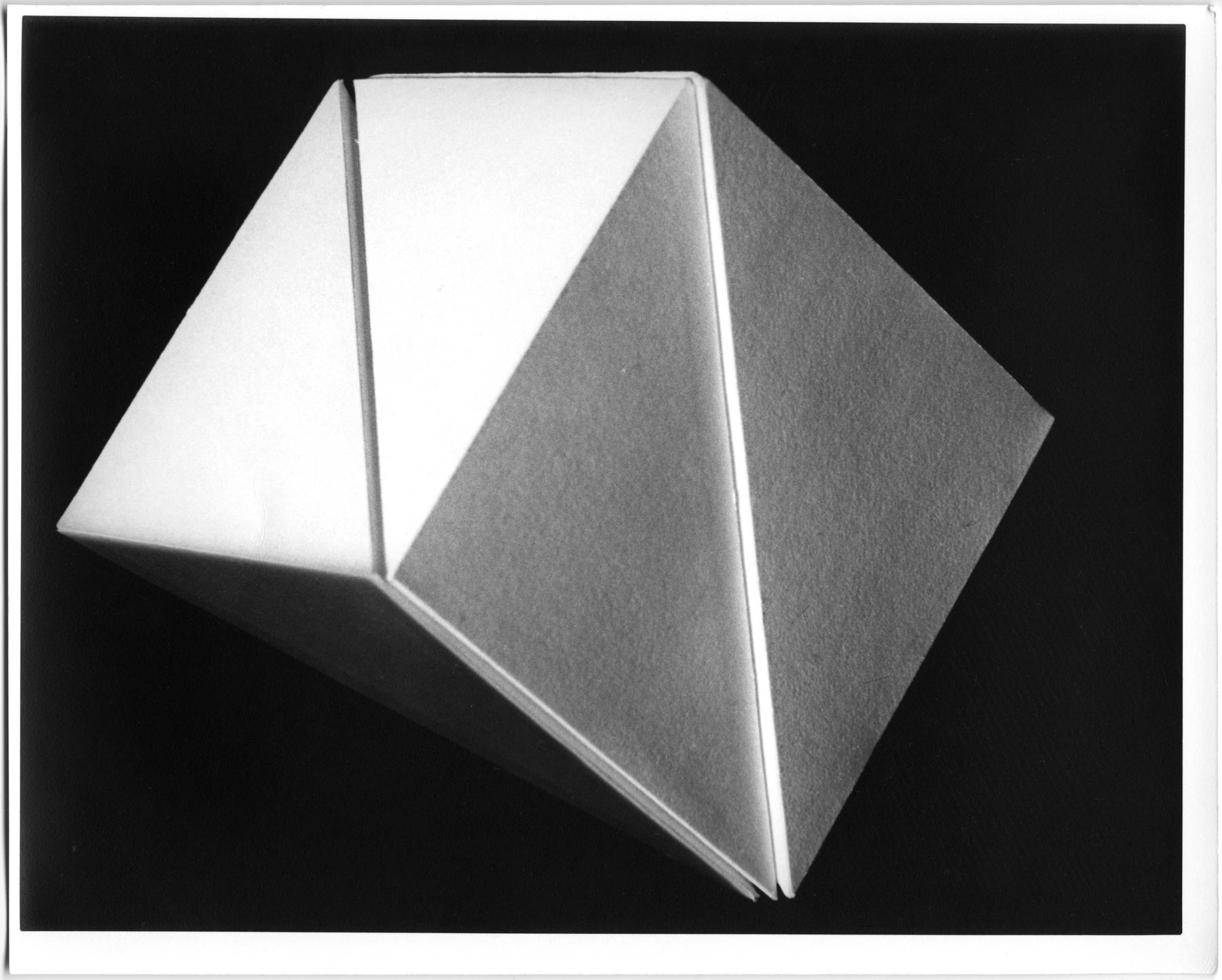 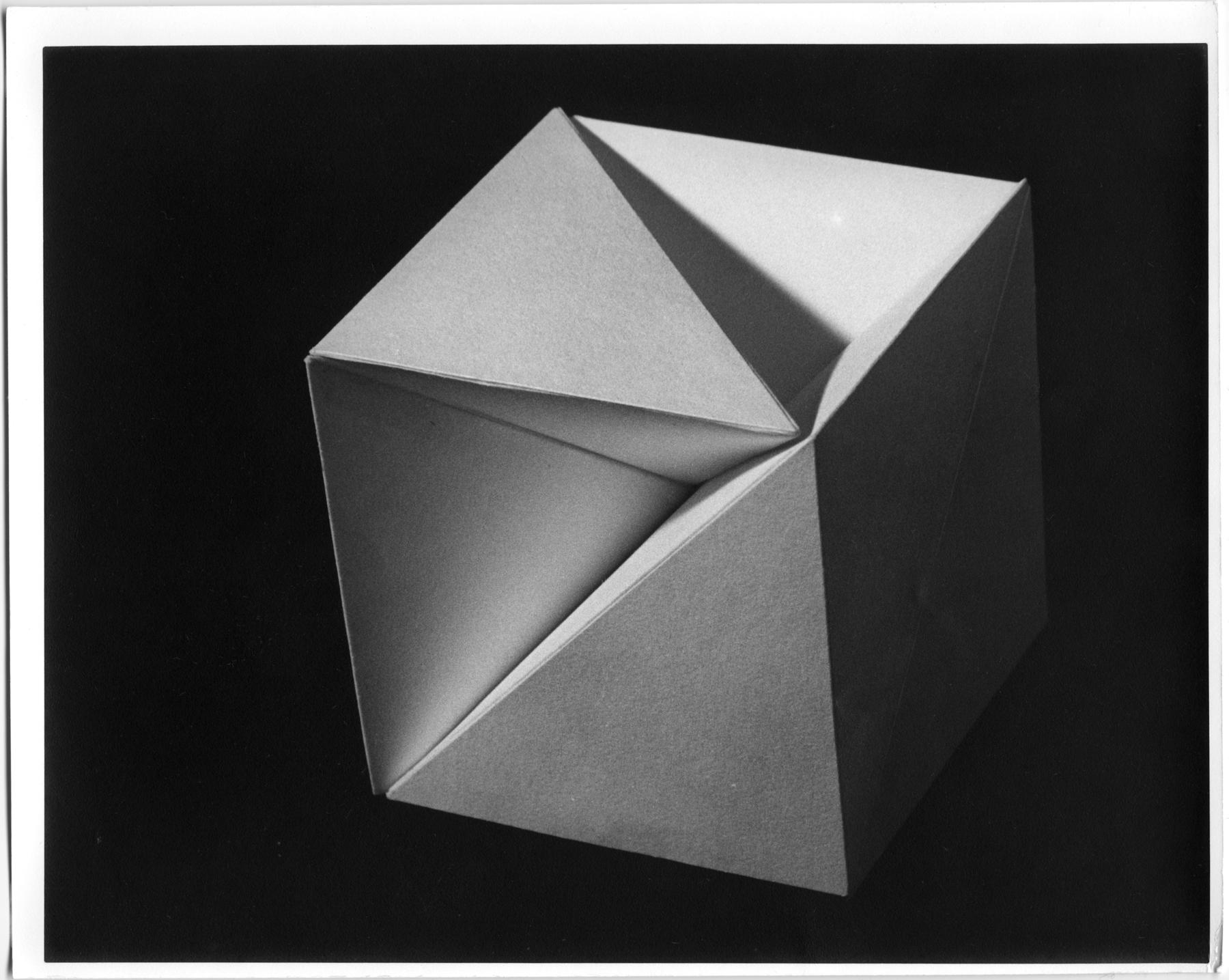 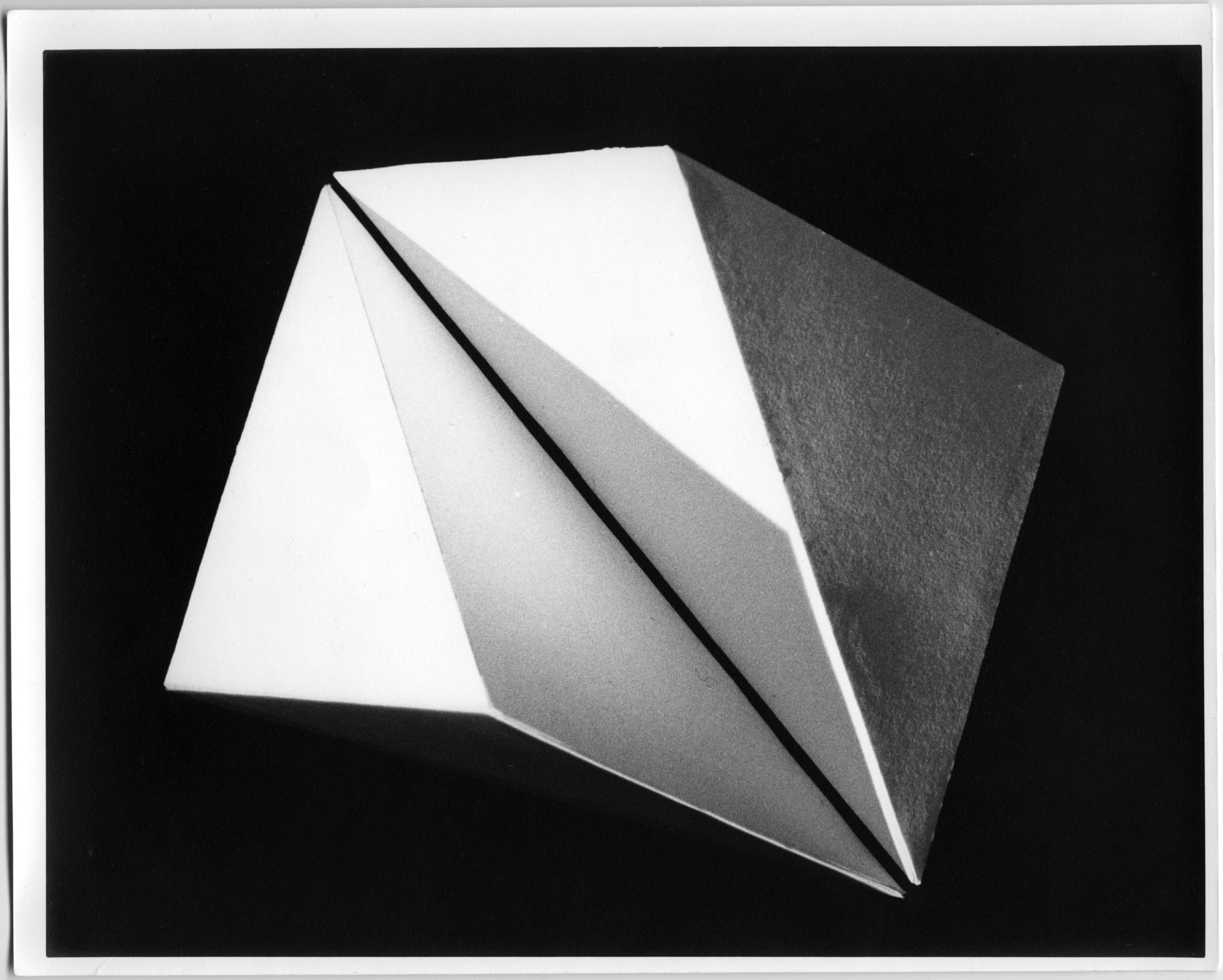